While forcing his fellow Democrats to scale back their climate and health care legislation, Sen. Joe Manchin (D-W.Va.) made sure the bill included a lucrative gift for his biggest donor: a fossil fuel company whose CEO recently called the legislative gift a potential “game changer” for its business.

Critics say the provision — tax credits for unproven carbon capture technologies — is a handout to the oil and gas industry that could end up prolonging fossil fuel use instead of accelerating a transition to renewable energy. In addition, Manchin has reportedly negotiated a side deal for separate legislation that could also enrich that same fossil fuel industry donor.

The situation illustrates the continued power of fossil fuel industry lobbyists to shape legislation, even in an era when scientists say that industry’s products are destroying the livable ecosystem. 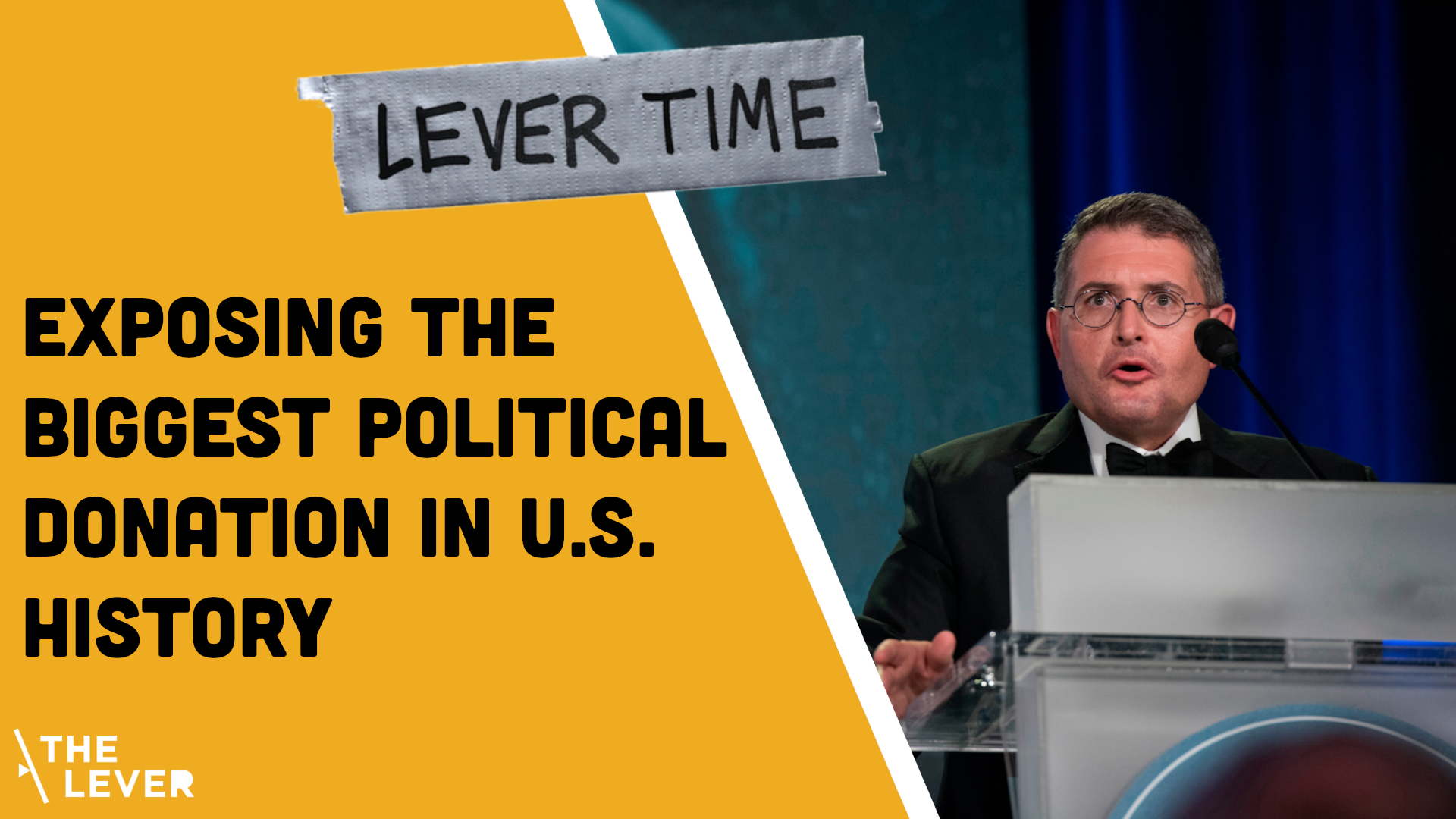 LISTEN & SUBSCRIBE: How We Uncovered A Dark Money Bombshell

It also sheds light on a contradiction at the heart of Democrats’ Inflation Reduction Act (IRA): A bill sold to the public as a climate solution includes significant resources for the oil and gas industry fueling the climate crisis.

Many business interests have worked to build relationships with Manchin in recent years as he has become a key figure in deciding what Congress can and cannot pass. But none have done so more than the Houston-based oil and gas pipeline company Enterprise Products Partners.

Since the beginning of this Congress, Enterprise Products’ executives, employees, and political action committee (PAC) have donated at least $159,000 to Manchin’s campaign and leadership PAC, making the company the senator’s top donor entity this election cycle, according to OpenSecrets.

The company also now employs Manchin’s son-in-law. Marshall Roberts, who is married to Manchin’s daughter Brooke, has worked for Enterprise Products since June 2020, most recently as a senior manager for commercial refined products, according to his LinkedIn page.

Now, thanks to language in the reconciliation bill that Manchin negotiated with Senate Majority Leader Chuck Schumer (D-N.Y.), Enterprise Products’ investment in the senator might soon pay off.

The IRA, signed last week, expands and extends a tax credit known as 45Q for companies that use technologies to capture carbon oxide that they would normally release into the atmosphere. More than 500 environmental organizations signed a letter warning that the unproven technology “delays the needed transition away from fossil fuels and other combustible energy sources, and poses significant new environmental, health, and safety risks.”

But Manchin claimed credit for the subsidies in a letter to the Virginia Coal Association, and they were included in the bill - just as his donor, Enterprise Products, is positioned to profit off them.

In April, Enterprise Products signed a letter of intent with Oxy Low Carbon Ventures, a subsidiary of oil giant Occidental Petroleum, to develop and commercialize a joint carbon capture and storage (CCS) service that they plan to sell to power plants and refineries, initially focusing on those in the industrial corridor spanning from Houston to Beaumont and Port Arthur, Texas.

“In our efforts to commercialize a carbon sequestration system with Oxy, we believe the proposed changes to the 45Q credits could be a game changer for post-combustion emitting customers,” Fowler said on August 3 during the company’s quarterly earnings call. “It was harder to come in or more of a challenge to come in and commercialize the carbon sequestration projects and attract these customers when the existing 45Q program was only paying $50 per metric ton and had no direct pay options.”

The IRA also allows companies like Enterprise Products to claim 45Q credits as direct pay, meaning they can treat the credits like overpayments on their taxes and claim cash payments from the government annually. And the bill opens up the credits to smaller power plants, and extends the date to qualify for the credits by 7 years.

The Congressional Budget Office estimates the IRA’s changes to the 45Q tax credit will cost the government $3.2 billion over the next ten years.

Although many environmental groups oppose government investments in carbon capture projects, the United Nations Intergovernmental Panel on Climate Change, which reviews climate science literature, wrote in its April report on climate mitigation that carbon capture technologies would likely be needed to avoid the most dire consequences of global warming. As the MIT Technology Review noted, “The UN report suggests that it’s now nearly impossible to prevent 1.5  degree Celsius of global warming without substantial efforts to remove carbon — and very, very difficult to steer clear of 2 degrees Celsius without it as well.”

Enterprise Products is just one of many oil and gas companies that stand to benefit from the IRA’s provisions on carbon capture technologies and other matters. The new law also mandates new oil and gas leasing in the Gulf of Mexico and offshore of Alaska, and stipulates that any federal lands and offshore areas used for renewable energy development must also be available for fossil fuel projects, too.

A Side Deal Could Be Another Gift

In exchange for his vote for the IRA, Manchin convinced Schumer and House Speaker Nancy Pelosi (D-Calif.) to agree to hold votes on a separate bill that would accelerate the permitting process for energy projects — including potentially for a proposed Enterprise oil terminal that has long been delayed.

Since January 2019, the federal government has been sitting on an application from Enterprise to build a massive facility off the coast of Texas that would be the first U.S. terminal capable of accommodating the world’s largest supertankers — known as very large crude containers, or VLCCs — that can hold up to two million barrels of oil and are too large to enter shallow waters.

💡
Follow us on Apple News and Google News to make sure you see our stories first, and to help make sure others see our breaking news as well.

The project, known as the Sea Port Oil Terminal (SPOT), is strongly opposed by environmentalists who have filed thousands of comments with the U.S. Maritime Administration, the agency overseeing the application. Critics of the terminal warn that the project could cause oil spills and exacerbate the climate crisis by accelerating oil extraction.

Enterprise Products has had to repeatedly extend its timeline for the project due to government inaction, most recently blowing past the “mid-2022” estimate it gave shareholders in its annual report for last year. The text of Manchin’s bill has not yet been released, but according to the Washington Post, it would set a two-year time limit for the government to review applications for “major” energy projects, and it would make it harder for the government to deny projects because of environmental impacts that are not directly caused by the project itself.