The Austerity Push Is A Repeat Of History

If you want to understand one of the many real dangers of Republicans winning the midterms,  then just go back a dozen years to see what happened to the politics of Social Security when the Democratic White House last lost Congress to the Republicans.

Then remember that the Democratic president this time around isn’t some newbie just starting to toy with the idea of cutting benefits. The Oval Office occupant is a career politician who has spent much of his adult life pushing Social Security and Medicare cuts using the same “entitlement reform” language that Sen. Lindsey Graham (R-S.C.) began floating this week during a televised debate with Sen. Bernie Sanders (Ind.-Vt.). 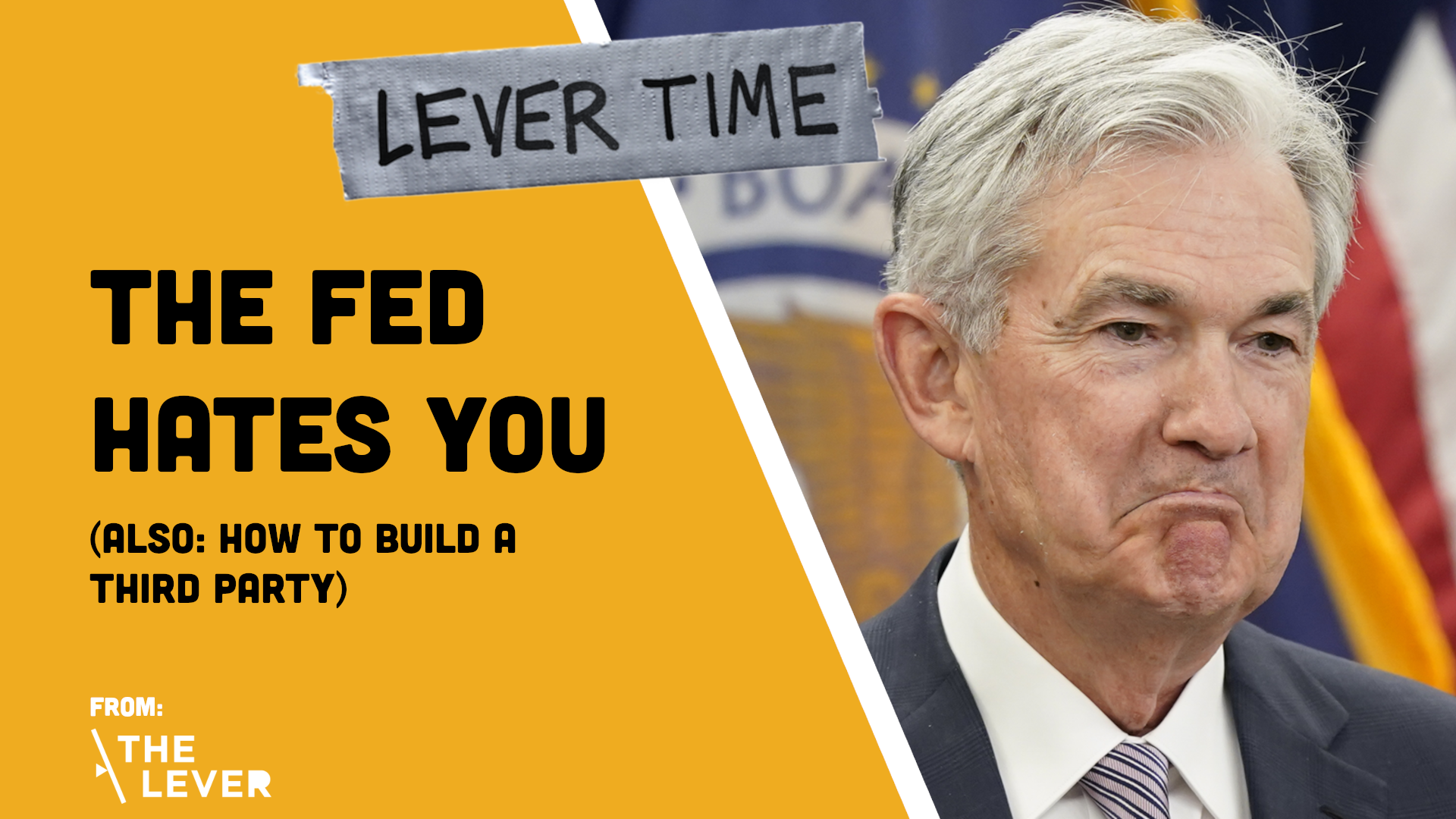 NEW PODCAST: The Fed Hates You (Also, How To Build A Third Party)

On this week’s Lever Time, David explores how the Federal Reserve is approaching inflation all wrong, exposes the big problem with the January 6 hearings, and interviews Kendra Brooks and David Zuckerman about winning third- party campaigns.

Listen To The Episode

Emboldened by Graham’s comments, Democrats are now using their megaphone to try to scandalize his statements, in which he first blamed the federal debt on social safety net programs, and then declared that “entitlement reform is a must.”

“Senate Republicans are explaining in their own words why their candidates should not be elected,” said a press release from Senate Democrats’ campaign arm. “Their toxic agenda would put Social Security and Medicare on the chopping block, ripping away seniors’ hard earned benefits — and it will lead their campaigns to defeat in November.”

President Joe Biden chimed in, tweeting: “How well are you going to sleep at night knowing that every five years Ted Cruz and other Congressional Republicans pushing ultra-MAGA policies are going to vote on whether you’ll have Social Security, Medicare, and Medicaid?”

The optimist might see this instant pushback as proof that after decades of fetishizing bipartisanship and neoliberal dalliances with social safety net cuts, Democrats have learned their lesson and are finally backing off proposals to cut the two most popular programs their party ever created.

A more jaded realist might see Democrats’ defense of safety net programs a bit differently: as a short-term political tactic, but one that signifies no real change in what a Democratic White House would actually do right after a midterm blowout.

The Last Time Around

Let’s remember: A dozen years before Graham was roasted for his recent comments, President Barack Obama and Vice President Biden held a ceremony at the White House to announce a commission to try to slash Social Security and Medicare.

The creation of the so-called “National Commission on Fiscal Responsibility and Reform” by executive order followed the majority of Senate Democrats voting to create the panel, which was headed by investment banker and former Clinton administration official Erskine Bowles and former Sen. Alan Simpson (R-Wyo.).

Days after Obama lamented Democrats’ 2010 electoral “shellacking,” his commission released a plan to slash Social Security benefits and raise the program’s eligibility age. Economist Paul Krugman noted at the time that the commission also suggested using newly gained revenue to finance “sharp reductions in both the top marginal tax rate and in the corporate tax rate.”

The plan ultimately did not receive the 14 commission votes it needed to move forward, and a few years later in 2012, the House voted down a version of the proposal. That didn’t stop the Obama-Biden administration’s push: Right after winning reelection — and after cementing much of the Bush tax cuts —— they tried to limit cost-of-living increases for Social Security, to the applause of Republican lawmakers.

Only after a sustained campaign led by Sanders  did the Democratic establishment finally back off.

A Repeat Of History, Or A Break From The Past?

Now here we are in an eerily similar political moment. The Tea Party has become the MAGA movement. Republicans seem on the verge of taking over Congress. And the vice president who participated in the Bowles-Simpson push is now the president channeling Obama’s obsession with bipartisanship.

Like Obama, Biden campaigned on a promise to protect Medicare and Social Security. But as The Lever has reported, Biden is already affirming big Medicare premium increases and accelerating the privatization of that health care program. Biden also has not pushed to fulfill his promise to expand Social Security, even though there is new Democratic legislation that would do so.

And now with Graham’s comments, Republicans are banking on him becoming the old Joe Biden on Social Security if they win in November.

It’s not an insane political bet. After all, Biden for decades proposed cuts and freezes to Social Security, and publicly boasted about it. Indeed, Biden spent most of his career depicting himself as an allegedly rare and courageous Democrat who was willing to push off his party’s base and tout austerity.

When confronted about that during the 2020 campaign, Biden engaged in the kind of pathological, in-your-face lying pioneered by Donald Trump, and his lies were predictably amplified by corporate media outlets.

Perhaps Biden’s lying signaled a change of heart, evincing shame for what he’d previously done — or at least recognition that his past behavior is now politically unacceptable.

Maybe he and his fellow Democrats have discarded the outdated Clinton- and Obama-era view that political “toughness” means helping billionaire-funded Washington front groups champion austerity and slash programs that help tens of millions of people.

And it’s possible all of that could mean Biden and his party’s sudden criticism of Republicans’ “entitlement reform” push will hold even after the midterm election — and they won’t create yet another commission to try to cut the social safety net.

But let’s not ignore the history on this one, even if social media, cable TV news, and our attention-deficit world have shortened our memory. We’ve been here before, and we know how it usually goes: A Democratic president loses a midterm election and then is pressured by party strategists and corporate media to dunk on the left and brandish his bipartisan bona fides — and that’s when the triangulation and the austerity comes.

If we forget what happened, things could easily play out the same way, only this time with austerians citing inflation as the new reason to slash benefits.

Clearly, that’s what many in Washington are hoping for. And this time around, they could succeed not just in floating Social Security cuts. They could actually enact them.